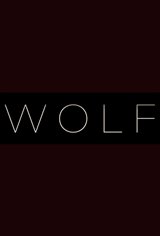 Believing he is a wolf trapped in a human body, Jacob (George MacKay) eats, sleeps, and lives like a wolf – much to the shock of his family. When he’s sent to a clinic, Jacob and his animal-bound peers are forced to undergo increasingly extreme forms of "curative" therapies.

However, once he meets the mysterious Wildcat (Lily-Rose Depp), and as their friendship blossoms into an undeniable infatuation, Jacob is faced with a challenge: will he renounce his true self for love. Warned by the other patients to steer clear of The Zookeeper (Paddy Considine), and with the help of Wildcat, Jacob tries to escape the clinic and the cruel therapeutic tactics they put him through.