The Noise of Engines 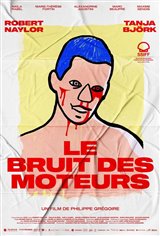 A weapons instructor at the Canadian Customs College, Alexandre saves the life of one of his students, with whom he was making love at the time. Because he refuses the advances of his intimidating director, the young man is temporarily sent home, in order to reflect on his deviant sexual behavior. He joins his mother in Napierville, where she’s the owner of the local drag strip. While there, he meets Adalbjorg, an Icelandic pilot passing through Quebec, to whom he shows the modest attractions of the region. In the meantime, Alexandre is visited by two policemen who suspect him of drawing a series of pornographic sketches, which have been posted on the doors of the church.