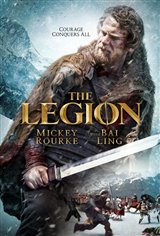 In 62 A.D. during the Roman invasion of Parthia, two Roman legions are stranded in the snowy mountains of Armenia with dwindling rations as they try to survive in the freezing cold, hostile land. General Paetus (Joaquin de Almeida) has tried to send for help from General Corbulo (Mickey Rourke), who is safe with his soldiers in Syria, but so far none of his messengers have been able to get through.

The rest of the Roman army is a two weeks' march away, and the region swarms with Parthian patrols. In desperation, Paetus turns to Noreno (Lee Partridge), a half-Roman soldier known for his endurance, and tasks him with taking a dangerous route in order to deliver the message.

Based on true events.