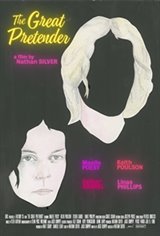 Mona (Maëlle Poésy) has recently arrived in New York from France in order to mount her newest play - an autobiographical piece that depicts her tumultuous, on-again, off-again affair with a married photographer, Nick (Linas Phillips). Mona casts Chris (Keith Poulson) as Nick and Thérèse (Esther Garrel) to play the fictional version of herself.

As rehearsals begin, a love quadrangle emerges: Mona falls for Chris, Chris becomes infatuated with Mona, and Thérèse develops deep feelings for Chris. This tangled roundelay unfolds in five chapters, covering the same events from each of the four character's perspectives and culminating in a fraught production of the play itself.