The Girl in the Photographs 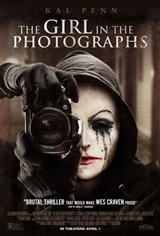 In the sleepy community of Spearfish, a teenager named Colleen (Claudia Lee) starts receiving photographs of brutally murdered young women, but she has no idea whether they're actual photographs sent to her by a serial killer or staged photographs from someone with a twisted sense of humor.

Hemmings and his entourage immediately create a stir in the quiet little town. Soon it becomes clear that not only is the killer targeting Colleen's friends, but Colleen herself.