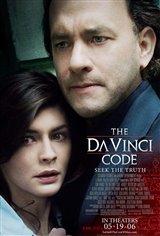 Brown has made appearances on CNN, The Today Show, National Public Radio, Voice of America, as well as in the pages of Newsweek, Forbes, People, GQ, The New Yorker, and others. His novels have been translated and published in more than 48 languages around the world.

Brown is a graduate of Amherst College and Phillips Exeter Academy, where he spent time as an English teacher before turning his efforts fully to writing. In 1996, his interest in code-breaking and covert government agencies led him to write his first novel, Digital Fortress, which quickly became a #1 national bestselling eBook. Set within the clandestine National Security Agency, the novel explores the fine line between civilian privacy and national security. Brown's follow-up techno-thriller, Deception Point, centered on similar issues of morality in politics, national security, and classified technology.

The son of a Presidential Award-winning math professor and of a professional sacred musician, Brown grew up surrounded by the paradoxical philosophies of science and religion. These complementary perspectives served as inspiration for his bestselling novel Angels & Demons—a science vs. religion thriller set within a Swiss physics lab and Vatican City. Though the book was actually a prequel to The Da Vinci Code, the movie is a sequel.

"Langdon enters into Angels & Demons with an icy relationship vis-a-vis the Vatican because of the events of The Da Vinci Code," says Tom Hanks, who reprises his role as Robert Langdon, Harvard professor of iconography and religious art. "He has a great knowledge of the church's rituals and history but he is not necessarily a welcome person. Essentially, there is a grab for power at the Vatican in the guise of the hijacking of the papal election and, in spite of his history with the church, Langdon is called in to try to prevent it."

"The Vatican is under attack at its most vulnerable moment," say director Ron Howard, who directed the first film, The Da Vinci Code, which in 2006 took in more than $750 million worldwide. "The Vatican is going through conclave, the time when Cardinals elect a new Pope. When they are under the threat of murder and a ticking time bomb, they call upon Robert Langdon, the only one who has the expertise and ability to cut through the mystery, understand the symbols, and try to avert this disaster. He is not the man the Vatican trusts—he is the man the Vatican needs."

Recently, Brown has begun work on a series of symbology thrillers, again featuring his popular protagonist Robert Langdon. The upcoming series will include books set in Paris, London, and Washington D.C.

Brown's wife, Blythe—an art history buff and painter—collaborates on his research and accompanies him on his frequent research trips, their latest to Paris, where they spent time in the Louvre for his thriller, The Da Vinci Code.

The Da Vinci Code has sold over 84 million copies worldwide and the movie version earned nearly $760 million worldwide. Angels & Demons, however, is considered by many to be the better book of the two. It has sold 39 million copies to date, although the number is expected to go up following the release of the movie adaptation.

His latest novel, The Lost Symbol, released in September 2009, sold over 2 million copies during its first week of release in Canada, Britain, and the United States.