Strangers on the Earth 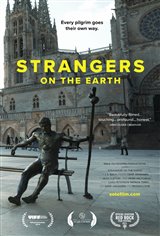 This documentary follows the mission of American cellist Dane Johansen to walk a 600-mile, month-long journey along the Camino de Santiago while carrying his cello on his back. His purpose was to perform and record Bach’s Cello Suites in the 36 ancient churches on the route.

Johansen, who planned the walk mainly as a recording project, finds himself surprised by the rigorous demands of his journey on foot, as well as his duties as a performer. As he arrives at each church, exhausted by the physical rigors of his hike, he finds expectant audiences. His recordings of Bach’s Cello Suites provides the film’s haunting soundtrack.