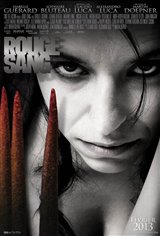 Espérance, a young woman with three children, eagerly awaits the return of her husband, who went to visit a neighboring village. She’s extremely worried because December 31, 1799, a snowstorm raged, isolating their small farm situated in the forest of the St. Lawrence valley. During the evening, five British soldiers, one seriously injured, burst into the house and begin to drink. Thanks to her son, who speaks some English, and the captain, a sensitive man able to speak French, Espérance learns that the patrol has killed a robber whose description matches that of her husband. Fearing for his life and that of her children, the young mother develops a plan to get rid of the soldiers.