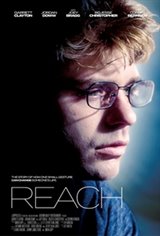 A socially awkward band geek, Steven Turano, divulges to a pro-suicide support group that he's planning on killing himself. He's constantly picked on by former childhood friend and school bully, Nick Perkins, and his widowed father, for whom he harbors a deep resentment for over his mother's passing.

However, when Clarence, the new quirky kid in school, befriends him, Steven's plans are sidetracked and he reaches beyond his comfort zone forming stronger relationships with his father, friends, and teachers.