Racer and the Jailbird 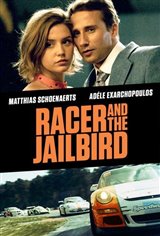 When Gigi Vanoirbeek (Matthias Schoenaerts) first spots Bibi Delhany (Adèle Exarchopoulos), a gorgeous and glamorous race car driver, he immediately falls for her. Although their backgrounds are very different, they soon become a couple.

Bibi doesn't realize that Gigi — and his pals — belong to a notorious gang of robbers. As he was growing up on the streets, they were the closest thing to a family that he had and he fell in with them. He keeps the nature of his business a secret, afraid of losing Bibi, but begins to wonder what it would be like to live life on the straight and narrow. Meanwhile, Bibi begins to wonder about his secrecy and why he won't even invite her to his place. When a robbery goes very wrong, they are both left with decisions to make.