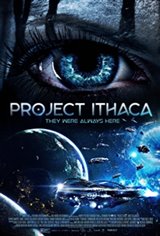 A group of strangers awaken aboard an alien spacecraft. They're bound to chairs by what appear to be tentacles. The craft is fueled by siphoning the energy of the captives' fears, and so they're provoked to think about traumatic and frightening memories.

Filmed in Sudbury, Ontario. Director Nicholas Humphries is Canadian, as are several of the cast members.