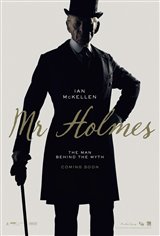 Sir Arthur Ignatius Conan Doyle was born to a Roman Catholic family in Edinburgh, Scotland. Arthur is best known for his legendary literary character, Sherlock Holmes, and his sidekick, Dr. Watson. Both of his parents were creative—his father was an artist and his mother was a writer.

Conan Doyle had vivid memories of his mother telling him very animated stories and stimulating his imagination as a child. He credited a lot of his creativity in literature to his mother’s ability to capture his attention and spark his imagination.

At age nine, Conan Doyle was sent off to boarding school to escape his alcoholic father and was supported by a string of wealthy uncles financially throughout his education. During this time Conan Doyle decided that Catholicism wasn't for him and he renounced his religion, declaring himself a Spiritualist. He was fascinated by spirituality as a whole and dedicated much of his life to it. When Conan Doyle decided to go to university he surprised his family by wanting to become a doctor as opposed to studying something artistic like the rest of the family.

Conan Doyle married his first wife, Mary Louise Hawkins, in 1885. They had two children, a boy and a girl. Unfortunately, she died of tuberculosis in 1906. One year later in 1907 he was married to Jean Elizabeth Leckie, with whom he’d had a relationship with for the past 10 years while his wife was sick, and the two remained together until Conan Doyle's death in 1930. He died in his garden with one hand holding a flower and his other hand holding his heart.

During his studies to become a doctor he met a professor named Dr. Joseph Bell, who had a remarkable ability to be able to look at someone and diagnose their illness without them talking, as well as determine their occupation as well as personal things about their lives simply based on his keen ability to observe. It was this trait that would serve as a notable inspiration for Sherlock Holmes and his masterful abilities of deduction and inclination for solving crimes.

The first appearance of Sherlock Holmes came in Conan Doyle’s 1886 novel, A Study in Scarlet. Conan Doyle went on to write over 60 stories of Sherlock Holmes and his trusty sidekick and friend, Dr. Watson. Since the creation of the character he has been portrayed over 70 times on film and stage. Sherlock Holmes served, in part, as inspiration for many characters we know today. In 1896 Conan Doyle killed off his beloved character, Sherlock Holmes, in order to focus more on writing his historical works and books about spiritualism.

He wrote several books and published work speaking of spiritualism. He also contributing two letters to a publication called Light, detailing his conversion to spiritualism. Conan Doyle's belief in spiritualism was often a source of tension and incident for him. For years he was friends with Harry Houdini, the world famous magician. Houdini was confused at how someone of Conan Doyle’s intelligence could be fooled by spiritualists. At one point, Conan Doyle, having witnessed Houdini do a magic trick, insisted the magician had supernatural powers. Their opposing views eventually led to the end of their friendship. Conan Doyle also believed in fairies and tried to help verify their existence when a series of fake photos were publicized in the early 1900s.

Despite his eccentricities, Sir Arthur Conan Doyle created one of the most beloved and cherished characters in literary history, whose impact is still being felt today. ~Greg Chisholm