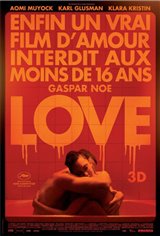 Two years later, Murphy is living with Omi (Klara Kristin), the mother of his child, when he gets a frantic call from Electra's mother, who's searching for her missing daughter. Murphy then fantasizes about what could have been.