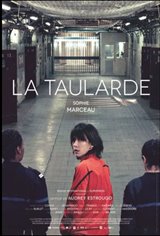 Mathilde pleads guilty to the crime of helping her lover escape from prison. With the authorities still after her boyfriend, the 48-year-old literature teacher is admitted to a women's detention center near Paris. While awaiting news of the man for whom she sacrificed her freedom, Mathilde, deprived of communication with the outside world, lowers her guard by asking another inmate, who seems to like her, to make a few phone calls.

As Mathilde tries to get used to the level of violence that rages inside the prison, she manages to get along well with her cell mate, an African woman who reigns with terror. Mathilde’s troubles have not come to an end, however. Learning that her lover has killed a man using the weapon she gave him, she becomes an accomplice to murder.