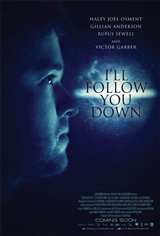 When Gabriel (Rufus Sewell), a scientist, mysteriously disappears during one of his business trips, his wife (Gillian Anderson) and son (Haley Joel Osment) struggle to cope. Years later, a mysterious discovery might be the key to bringing Gabriel home.