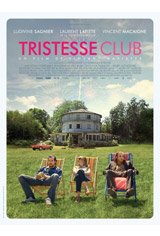 Bruno, a 30-year-old virgin who runs a dating website and his brother Leon, a former pro-tennis champion who’s just gone through a divorce, go home to attend their estranged father’s funeral. When they arrive in their tiny hometown, a young woman named Chloe, whom they’ve never met, is waiting for them. They learn that their father isn’t dead, but has disappeared. And Chloe is their illegitimate half-sister.

The trio embark on a journey to find their father, but soon discover they’re not the only ones searching for him. An angry neighbor wants to know his whereabouts, and Chloe still has a secret to reveal.