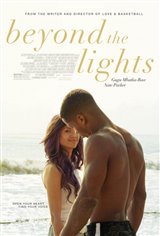 Up-and-coming young recording artist Noni Jean (Gugu Mbatha-Raw) struggles with the pressures of her newfound success. One night, she climbs out on her hotel balcony with the intent to jump. Police officer Kaz Nicol (Nate Parker), who is assigned to watch her door, rushes to stop her. He convinces Noni not to jump, but the media has already caught wind of the story. A suicide attempt at this point in her career could turn the public against her, ending her bright future.

Kaz is asked about Noni's suicide attempt and he protects her, going along with her story that she had to much to drink and was just trying to wave hello to her fans below. Kaz and Noni fall in love, but the pressures of her career threaten to drive a wedge between them.