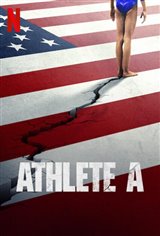 Athlete A gives an inside look at the corruption that runs rampant in USA Gymnastics, an organization that is supposed to protect the young girls who compete at an elite level.

This documentary takes a look not only at Larry Nassar, the doctor accused of sexually abusing hundreds of underage female gymnasts, and his subsequent conviction, but at the environment these girls live in and have to endure if they hope to compete at the Olympic level.

Taken away from home and allowed no contact with their families, they live in seclusion at a compound under the supervision of strict and abusive coaches, sometimes from communist countries who have experienced success in their native land with young gymnasts such as Nadia Comaneci, who at 14, won three Olympic gold medals. We see in the film that she was continuously asked why she looked unhappy. This documentary opens viewers' eyes to the abuse girls have to endure to compete at a high level, including bullying and name calling from those who are supposed to be training them, to being denied food.

We also meet Maggie Nichols, a talented gymnast who devoted her entire childhood to competing at an elite level. When at the age of 15 she was the first gymnast to file a complaint against Larry Nassar to Steve Penny, the president and CEO of USA Gymnastics, the following year during Olympic trials, she was not chosen for the team, even as an alternate.