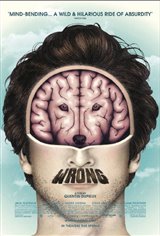 One morning when he wakes up, Dolph realizes his dog Paul is missing. A surreal conversation with his neighbor doesn’t tell him anything and the worried owner, preparing to go to work, gets into an equally strange conversation with the receptionist of a new pizzeria in the area. As their conversation turns into a shy flirtation, his gardener Victor arrives, but leaves without speaking to him. Already late, Dolph goes to the office, a somber place where his colleagues look at him strangely. And for good reason: the shy, unmarried man was fired several weeks earlier. Upon his return home, Paul has not reappeared. But a call from Master Chang tells him he’s kidnapped the dog. By mistake.