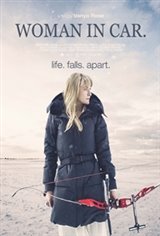 Since her husband was killed in an unsolved hit-and-run, Anne, a former archery champion, lives in a wealthy neighborhood of Montreal with her seven-year-old daughter. While her fiancé is away on a business trip, Anne receives a visit from her stepson Owen, a musician in his twenties, whom she helped raise when he was a minor. Owen is accompanied by a woman of Turkish origin, whom he claims is his girlfriend, although he does not seem to be in love with her.

Anne tries to hide her nervousness in front of this stranger, who exhibits odd behavior. But also, Owen’s presence after several years of absence reopens deep wounds from her past. To top it off, the widowed archer is under pressure from her late husband's twin sister, a rich sixty-something who has taken the family's destiny into her own hands.