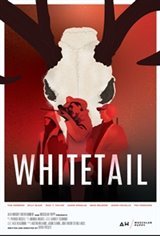 Whitetail follows a broken family consisting of a father, an uncle and the son as they embark on a weekend hunting trip out in West Texas. The mother has recently died of an overdose and the trio hope to get away from it all by being out in nature and hunting. Instead they find a mysterious man shot in the stomach and clutching onto a backpack full of money.

This film is a southern gothic thriller, drama and survival film. All taking place over one day and one night in the brush land of Texas.