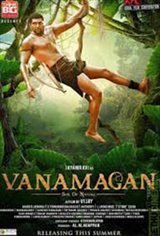 A wealthy and spoiled woman named Kavya (Sayyeshaa Saigal) is enraged when her visa application for a trip to Bora Bora is rejected. After fuming that she's going to buy the island, Kavya's manager convinces her to go on vacation to a pristine island along the Indian coast instead.

There, she runs into a tribal man named Jara (Jayam Ravi), who has lived in the deepest jungle his entire life. Kavya decides to capture him and bring him home. He's overwhelmed in the city, but eventually falls in love with Kavya. However, realizing his tribe is in danger due to modern man's greed, he returns to his tribe to save them.