Ursula von Rydingsvard: Into Her Own 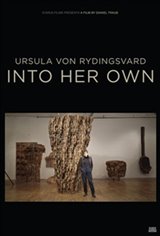 This documentary tells the fascinating journey of Ursula von Rydingsvard (b. 1942), from her difficult early life in a family of nine emigrating to the U.S. after five years in post-WWII German Displaced Persons camps, a traumatic first marriage, her arrival in 1970s New York to establish herself as an artist, and the staggering, triumphant body of work she subsequently produced.

The sculptures are massive, yet strangely intimate. Some feel imbued with an almost primal energy: a series of early installations reminiscent of wings in what became New York's Battery Park; a monumental yet inviting piece outside Brooklyn's Barclays Center; the stunning Scientia at M.I.T. which evokes the power of nature and the firing of brain synapses.