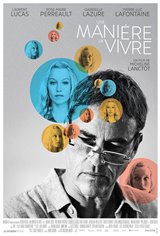 Joseph, an international specialist on Spinoza, is in Montreal to attend a seminar. The Belgian academic meets Colette, a Montreal philosopher in mourning for her spouse. She tries to get to know him, but Joseph, preoccupied with the medical examinations he must pass on his return from his trip, rejects her. In response, Colette’s daughter, a student who secretly earns her living as an escort, takes on the challenge of seducing Joseph. Although her first attempts are unsuccessful, he finally gives in. This act breaks the last link that tied him to his rational existence. Ignoring the calls on Skype from his wife who remained behind in Belgium, Joseph embarks on an odyssey that will take him to the end of his life.