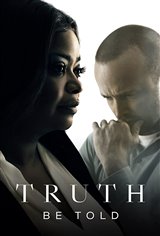 True crime podcaster Poppy Parnell (Octavia Spencer), who rose to fame after covering the trial of Warren Cave (Aaron Paul), who was imprisoned at 16 for murdering Chuck Burnham, is asked to be a witness at a retrial 20 years later when Burnham's daughter's testimony is questioned.

Cave, who admits to being in the Burnham's home on the night of the murder, claims he was framed for the crime. He says he was only there stealing pills and left as soon as he heard a strange noise. Poppy decides to investigate to find out if Warren is telling the truth.

Based on the novel Are You Sleeping by Kathleen Barber.