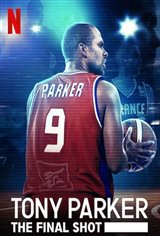 In North America, when people think about basketball’s greatest players, the ones that come to mind are Michael Jordan, Kobe Bryant, and LeBron James. But no one has paved the way for international basketball players like Tony Parker has.

Born in Belgium, Tony Parker grew to become one of the best French players the world has seen. Although he took the European basketball scene by storm at a young age, many American fans didn’t know about him until his arrival in the NBA. In this documentary, we go back to the start of his basketball career in Europe, looking at his journey to becoming a four-time NBA champion and a part of creating one of the most dominant dynasties basketball has ever seen with the San Antonio Spurs.