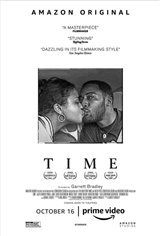 Sibil Fox Richardson (a.k.a. Fox Rich) fights for the release of her husband, Rob, who is serving a 60-year sentence in prison for armed robbery. Fox has been trying for 20 years to get her husband paroled.

Before the robbery, they ran a hip-hop clothing store and were well known in their Louisiana community. But with four children and twins on the way, they were desperate for money. On September 16, 1997, they robbed a Shreveport credit union. Fox took a plea deal and received 12 years in prison, and was paroled after serving three-and-a-half years. Rob, who turned down a plea deal, was sentenced to 60 years in prison with no hope of parole.

In the film, we see home videos of Fox and Rob at home with their children. But Fox wants to send a message to the world, about how people of color receive harsher sentences for crimes than white people.