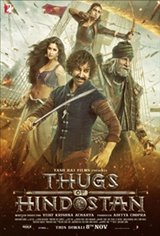 Based on Philip Meadows Taylor's 1839 novel Confessions of a Thug, the movie tells us about a thug named Ameer Ali and his gang, whose nefarious ways posed a serious challenge to the British Empire in India between 1790 and 1805.