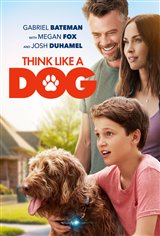 Budding scientist Oliver (Gabriel Bateman), 12, believes he's come up with an invention that will allow people to hear each other's thoughts. He first tries it out on his dog Henry (voiced by Todd Stashwick) and discovers to his delight that it works. He can now hear everything Henry is thinking and is surprised to find out Henry has always been able to understand what he's saying.

Oliver brings his new invention to the school science fair, where an evil corporation wants to steal the idea for themselves. When they kidnap Oliver in hopes of getting their hands on the invention, Henry teams up with the neighborhood dogs to rescue his best friend.