There Are No Fakes 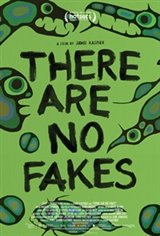 In this revealing art-world exposé, we learn about Indigenous Canadian artist Norval Morrisseau, born in 1931, who was the first of his race to be taken seriously by the European art world. By the turn of the 21st Century, his work commanded tens of thousands of dollars. So when Barenaked Ladies keyboardist Kevin Hearn discovered that the Morrisseau painting he'd purchased and prized was in all likelihood a forgery, he decided to sue the gallery that sold it to him.

As this documentary reveals, there was a massive industry dealing in fake Morrisseaus, an industry that flourished unchecked for years. In the course of the film we learn about Morrisseau’s art, but more about the power of money, exploitation, and racism, as the white power structure uses the work of Indigenous artists for their own gain, long after they're gone.