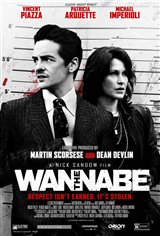 Thomas Uva, 28, was an ex-con from Queens, New York who came up with a plan that would seem pretty stupid to most people. He and his wife Rosemarie, 31, also an ex-con, were having financial problems when they decided robbery was the best solution to getting some quick cash. Instead of robbing a bank or liquor store, Thomas walked into social clubs owned by the Gambino and Bonanno crime families. Armed with a submachine gun, Thomas made them men drop their pants. He then took their wallets and jewelry and walked right back out to where Rosemarie was waiting in their car for a quick getaway.

Understandably, the mafia doesn’t like it when they’re made to look foolish. They decided to find out who the couple was and ice them. On Christmas Eve 1992, the Uvas were getting some last-minute shopping done. They were stopped at a red light on Woodhaven Boulevard when someone shot Thomas and Rosemarie each three times in the head, killing them instantly.

No one was charged for the murders until 2005, when Dominick Pizzonia, a member of the Gambino family, was arrested for being part of the hit team and charged with conspiracy. Because he had pleaded guilty to an illegal gambling charge prior to his trial, he was convicted of conspiracy. On September 5, 2007, he was sentenced to 15 years in prison and is scheduled to be released on February 28, 2020. However, a federal jury stated that there wasn’t conclusive evidence to show that Dominick had killed the couple.

Both the Gambino and Bananno families took credit for the hit on the streets, and investigators suspected Junior Gotti of playing a role in the murders. However, he denied any involvement and was never charged.