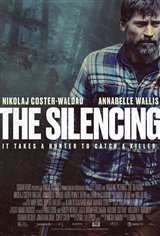 Rayburn (Nikolaj Coster-Waldau), a reformed hunter living in isolation on a wildlife sanctuary, hears on the news about a girl's body having been found in the forest, covered in blood and dumped in the water. Police believe she was hunted and murdered.

Rayburn contacts the local Sheriff, believing the girl may be his teenage daughter who went missing years earlier. As it turns out, the girl is not his daughter, so Rayburn teams up with the Sheriff to track down the killer who may have kidnapped his daughter, and who may be the same person guilty of the recent murder of the young girl.