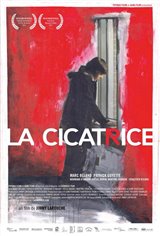 Following an amateur hockey game, a player named Paul finds his car has four flat tires. He’s stunned, bound and transported to a barn in the opposing goalie’s car. The goalie, named Richard, has known Paul since childhood and has a score to settle. However, Paul doesn’t seem to remember his former classmate.

As the tension builds, images of the past resurface, revealing troubling circumstances during which Richard was humiliated by Paul and his accomplices, causing a wound that’s still alive thirty years later.