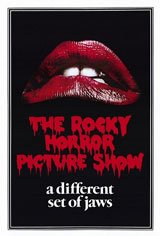 This is a musical/comedy with a twisted edge to it. After a poor initial run, the film came back to become the archetypal "midnight movie" for nearly two decades.

The movie begins out innocently enough - a couple get engaged at a friend's wedding and get a flat tire in the middle of the night while it's raining. They go to a castle to try to use the phone. Little do they know that the castle is owned by Dr. Frank N. Furter, a mad transexual transvestite scientist who has recently created a creature he will use for personal reasons. As the night progresses the couple get over the innitial shock of Dr. Frank and his band of strange survents and start loosening up.