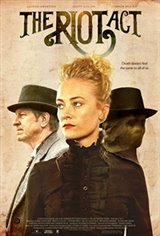 1901. Two years after an unsolved murder involving an out-of-town stage actor and a local doctor's daughter, an esteemed Opera House welcomes a Vaudevillian troupe from the East for its first performances since the tragedy; and along with it, an unidentified actress with a purpose. With tensions still thick surrounding past events, this mysterious performer discovers she isn't the only one seeking revenge: someone, or something has been "haunting" the assailant already. Inspired by a true incident of murder at the historic King Opera House in Van Buren, Arkansas, this impressive film marks the debut of a promising new director and the transcendence of actress Lauren Sweetser to leading star stature.