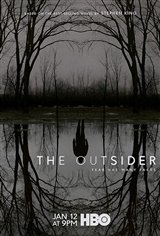 Based on Stephen King’s bestselling novel of the same name, The Outsider follows an investigation into the gruesome murder of a young boy. Seasoned cop Ralph Anderson (Ben Mendelsohn) immediately arrests local teacher and baseball coach Terry Maitland (Jason Bateman) as eyewitnesses and physical evidence point to him. However, when conflicting physical evidence proves that Terry was out of town the day of the murder, the case gets more complicated.

Ralph and his team hire unorthodox investigator Holly Gibney (Cynthia Erivo) to help with the case. Her discoveries into the crime and the surrounding events raise more questions and they wonder if something supernatural is at play.