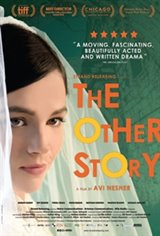 Yonatan Abadi, a Jewish psychologist living in the United States, returns to Jerusalem. The purpose of his trip: to persuade his daughter Anati not to marry Shachar, an ultra-Orthodox singer and musician who, like her, found faith after several years of dissolute living. The reunion is difficult: Tali, his ex-wife, never forgave Yonatan for leaving and Anati blames him for never having shown any interest in her. Only Shlomo, his father, seems delighted with his visit. Despite tensions, Yonatan quietly begins an investigation of Shachar, whom Tali suspects is not as honest and "pure" as he claims. At the same time, Yonatan helps his father, a marriage counselor, with a couple who has been going through a crisis since the woman joined a feminist pagan cult.