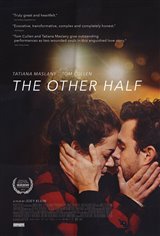 Five years following the mysterious disappearance of his younger brother, Nickie Bellow (Tom Cullen) is grief stricken and suffering from depression. Living abroad, he barely maintains contact with his parents in the U.K., and he has trouble holding onto a job for long because he's easily enraged, which causes him to act out violently.

After a confrontation with an angry customer gets him fired from his server position, an attractive young customer named Emily (Tatiana Maslany) comes to his defense. He feels an immediate connection and attraction to her, which is reciprocated. However, when Emily stops taking her medication for bipolar disorder and begins acting in a bizarre manner, Nickie feels helpless.