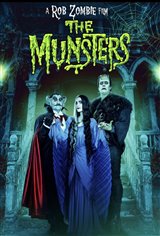 As Herman Munster (Jeff Daniel Phillips) is created in the lab, Lily (Sheri Moon Zombie) yearns to find love. When the two meet, a whirlwind romance ensues despite the dismay of Grandpa Munster (Dan Roebuck), resulting in the pair leaving Transylvania to travel to the American suburbs. No longer can they blend in with the fellow creatures of Mockingbird Heights, where their monstrous appearance is normal, and they find themselves outcasts in suburbia.

This film is a prequel to the beloved 1960s sitcom of the same name. Former child star Butch Patrick played Eddie Munster in the series.