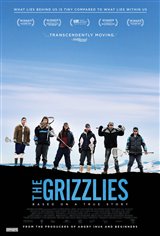 Based on the true story of Russ Sheppard (Ben Schnetzer), a high school teacher who moved to the town of Kugluktuk, Nunavut in 1998 to teach at a local school. When Russ arrived, the town was plagued with one of the highest rates of alcohol abuse and suicide in North America while the school Russ taught at had rampant absenteeism and substance abuse issues among its student population.

When faced with unfathomable social dysfunction, Russ started a lacrosse team, and changed the community's way of life forever. He saw the lacrosse program flourish in Kugluktuk, but later moved to Cranbrook, British Columbia where he became a lawyer.