The Chain (Chain of Death) 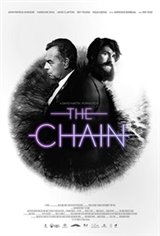 Chain of Death follows the story of Dr. Mike Colleman (Amedori), a brilliant young doctor who's married to the girl of his dreams while enjoying the big city life.

The fairy-tale lifestyle comes to a screeching halt as Mike learns that his mother Emma (Barbeau) can no longer take care of his father (Wise) who suffers from a Parkinson's Disease-like ailment and whose health is in a downward spiral.

Soon Mike learns that he too suffers from the exact same neurological illness as his father and decides to voluntarily enter a "Chain" of assisted suicides in an effort to end his own misery. There's only one catch - if you want to die, you must kill someone first.