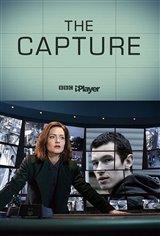 After serving six months in prison, United Kingdom Special Forces Lance Corporal Shaun Emery (Callum Turner) is acquitted of the murder of a Taliban insurgent in Afghanistan, when the Court of Appeal rules that video evidence used to convict him was potentially flawed.

Later, Emery and his lawyer Hannah Roberts (Laura Haddock) share a congratulatory kiss, then she gets on a bus. However, CCTV footage shows that he assaulted and kidnapped her. Although no trace of Roberts can be found, Emery is arrested. DI Rachel Carey (Holliday Grainger) sets out to find Roberts' body or any other evidence of her. Emery also sets out to find out what happened, which only gets him into more trouble in this six-episode limited series.