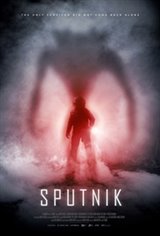 Russia, 1983: Cold War tensions at their peak. A terrifying scene is discovered at the landing site of spacecraft Orbit-4. The commander is dead, the flight engineer in coma. The third crew member, Konstantin Sergeyevich (Pyotr Fyodorov), has survived, but he has no his memory from the horrific experience and cannot shed light on the cause of the accident.

In a secluded government facility, under the vigilant watch of armed guards, psychologist Tatiana Klimova (Oksana Akinshina) is brought in to cure the astronaut's amnesia and unravel the mystery. In the process, she learns that Orbit-4 may have carried back an alien parasite that threatens to consume them all. While the government wants to capture and analyze the alien, it may come at a large price: Sergeyevich’s life.