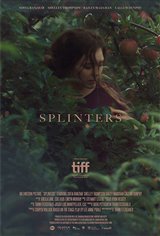 Belle (Sofia Banzhaf) returns to her rural Nova Scotia home for her father’s funeral. Since she came out as a lesbian during her teenage years, her relationship with her mother Nancy (Shelley Thompson) has been strained and in the years that she's been away, nothing has changed. Luckily, she has a good relationship with her irreverent younger brother Greg (Bailey Maughan), who teases their mother mercilessly.

Belle has a secret that she's desperate to keep from her mother. She's been dating a man for the last two years. When he shows up for the funeral, that becomes more difficult, especially when he proposes to her in front of everyone.

Based on the stage play by Lee-Anne Poole.