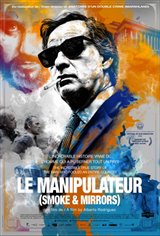 When former secret agent Francisco Paese returns to Spain after being exiled in Paris, police commissioner Luis Roldan offers him one million dollars to make sure that money Roldan extorted from the public treasury is concealed. Paese sees this as an opportunity to find revenge on the Spanish government, which betrayed him following an operation that targeted the ETA terrorist group.

Soon after, Roldan's wife, who was in on the deception, is arrested and sent to prison. Paese advises Roldan, who is also now wanted by the authorities, to hide in Paris. Then, the help of his best friend, who’s a pilot, and his niece, who’s a lawyer, Paese diverts money stolen by his client to Singapore. Roldan finally comes to understand that Paese has used him for vengeance against the government.