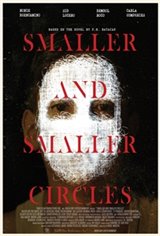 While dealing with the systematic corruption of the government, church and the elite, the two priests delve into criminal profiling, crime scene investigation and forensic analysis to solve the killings, and eventually, find the murderer.

Raya Martin's stunning film is based on the first Filipino crime novel, and stands out as one of the darkest, most visceral, thrillers in recent memory.