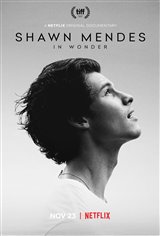 In this documentary, we follow Shawn Mendes' journey toward self-discovery, and what pushed him towards a personal and musical reckoning.

Using private home videos of Shawn as a child, to backstage footage and concert footage during a 104 show tour that he describes as being "pretty intense all the time," this film explores how Shawn went from being a kid who loved music to a singing star while he was a young teenager.

Following his rise to fame and his most recent tour, the film offers access to his private life both at home, with his girlfriend Camila Cabello, and while traveling across North and South America, Europe, Asia and Australia.