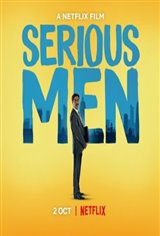 Family man Ayyan (Nawazuddin Siddiqui) struggles to get ahead, but in India, where he's part of the underprivileged society, it seems almost impossible. So he comes up with a plan, to pass his young son Adi off as a genius. He spins a web of lies in pursuit of the upward mobility he has long craved.

Adi is interviewed on television about his love for science. He's also being compared to Abdul Kalam, Einstein, and his followers on social media include Obama. He's even been nominated for the Guinness Book of World Records. However, Ayyan doesn't anticipate what the stress of posing as a genius will do to the young boy.