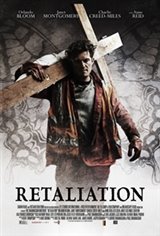 Malcolm (Orlando Bloom), a demolition worker, was sexually abused when he was 12 years old by Jimmy (James Smillie), a country priest. Years later, he's still not comfortable talking to anybody about what happened, especially not his mother (Anne Reid).

Defined by his constant violent behavior, which leads him to get into fights with anyone from Millennials during a shopping trip with his mother, to a brawl with another rape victim, Malcolm is unable to have a healthy relationship. Nothing brings him solace, not even when his latest assignment is to knock down the church where the abuse occurred. Finally he realizes he has to confront the horrors of his past.