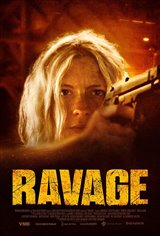 While walking in the woods one day, a nature photographer named Harper Sykes (Annabelle Dexter-Jones) witnesses a violent crime and is captured by the men. They hang her up upside down in a cabin, and when she's alone, she manages to free herself.

She makes a float using barrel and wood and on the other side of the lake, finds a huge mansion, where a man named Mallincrkrodt (Bruce Dern) lives. She asks him for help, but discovers the man is a sadistic individual who believes torture is a creativity component. The woman is captured again and has to use her survival skills and wits to escape her captor.